A brilliant summer of sport has saw us with two major sporting events in the calendar – the World Cup and bigger and better from a Scottish perspective at least (we never qualify for the World Cup!) the Glasgow Commonwealth Games 2014.  Over a million tickets were available for 17 different sporting disciplines across a whole host of new and renovated venues within Glasgow and beyond.  According to the BBC, 96% of tickets were sold which is a fabulous result for any event.

The budget looks to have topped out at £575million.  It may sound a lot of money but if you bear in mind that the Delhi games cost India over £1.5billion, you can see that Glasgow has been frugal and creative with spend on the big ticket items – mainly venues and infrastructure.  When you think that a new 40,000+ seater athletics stadium may not give much change out of £200m, the stunning renovation of Hampden Park costing a paltry £14million is nothing short of miraculous.  This is the first time a football stadium has been completely transformed into an athletics venue.  I’m sure it will not be the last now Glasgow has shown how you could leverage the best of what you have.  Celtic Park hosting the Opening ceremony and a world-record breaking Rugby 7’s tournament over at Ibrox gave Glasgow three excellent stadiums over 40,000 to spread the load.

Glasgow has spent a long time talking of legacy.  According to the Office for National Statistics, only 63% of working age Glaswegians were employed in 2013. The city has been in the list of the five British cities with the highest percentage of workless homes for nine straight years, and the situation has been getting worse. Glasgow Games Organisers keenly highlight that more than 5,000 jobs and apprenticeships have been created directly from the Games, that £278m worth of contracts have been awarded to Glasgow firms which given the Scottish Government focus on local spend is something which every organisation involved is quick to trumpet.  Over £198m has been invested in sports facilities, and £700m on transport infrastructure - clearly not all the transport spend has been invested just for the games.

We at BravoSolution can take a small element of pride in providing the Glasgow Business Portal which has been the supplier registration area for both Glasgow and Commonwealth Games opportunities.  Over the last few years, the site has taken 22,500 supplier registrations – 4,700 from Glasgow alone.  Many of the Commonwealth Games contract opportunities were tendered through the Scottish Government ‘Public Contracts Scotland – Tenders’ site, again ably supported by BravoSolution.

That’s not all the stats done just quite yet!

Some weird and wonderful non-procurement ones I dug up while researching the games: 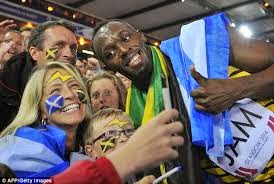 The Commonwealth Games has come a long way from its humble beginnings in Hamilton, Canada in 1930. Then 400 athletes from 11 countries fought in 59 events across 6 sporting disciplines.  Glasgow 2014 had over 4,500 athletes from 71 countries competing in 261 events across 17 sporting disciplines.  The Gold Coast in Australia 2018 has a lot to live up to...  what’s the betting they take a large number of lessons from Glasgow with them.  I think the ongoing legacy of Glasgow 2014 stands a fantastic chance of success.