Customer Service with a smile, the very least I would expect... 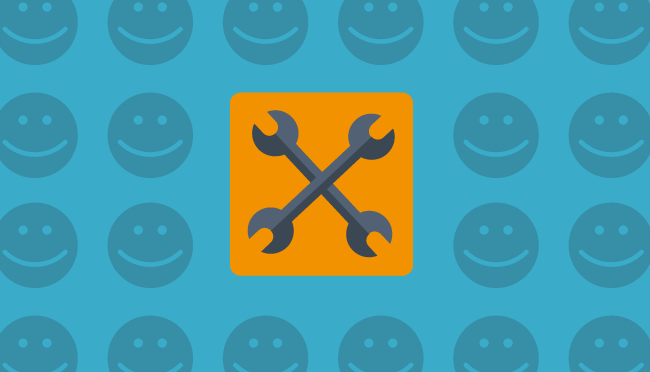 On Monday last I returned from work to find that the engineer that had come to service the boiler had actually broken it. I entered the kitchen to find this engineer sitting at my kitchen table finishing his paperwork. He greeted me with the words “my dear your boiler is broken” to which I replied, “Well it wasn't this morning, what happened?” He then started to explain that it was working but as soon as he took the cover off to service it, it stopped working. “Oh” was my reply which was obviously the wrong thing to say as he then proceeded to explain that if I needed someone to blame then  it was his fault, he broke it. Followed by “there wasn't enough air getting to the boiler which was impacting the circuit board” and so on... He said he’d be back on Thursday to fix it. I had asked why he couldn't fix it that evening to which he replied “time”.
That evening, slightly annoyed, I went off to bed with blow heater in hand and the electric blanket turned up to the highest setting  trying to keep the cold at bay. For the next two days we struggled against the biting cold despite the extra layer of clothing, blow heater and electric blanket.
Thursday morning arrived and true to his word, the engineer knocked on the door. I opened it to find him with his bag, laptop and spare parts in hand. "Good start", I thought, "hopefully he’ll fix the boiler and that will be the end of it". I left him to it; after a few short minutes I hear what can only be described as huffing and puffing. I was then asked where the plug for the boiler was, I hadn't a clue.I could tell him where the water could be turned off from (I learnt this the day my kitchen was flooding following another engineer installing my washing machine)!
Again, I’d obviously said the wrong thing as I now had this engineer with an attitude standing in my house waving his hands in the air complaining that he wasn't going to go running around the house looking for the plug.


That was it, I thought, you broke the boiler, left us in the cold for 48 hours and you have the audacity to stand in my home waving your hands in the air. This time he’d done and said the wrong thing which I decided to bluntly tell him before asking him to leave.
Now things were even worse; I was extremely upset as I’d never had to speak to a stranger like that before and I still had a broken boiler with no-one to fix it. I called customer support and was directed to five people before eventually I spoke to Gary. He was very pleasant, polite and understanding and told me he had spoken to a support engineer who would be back to fix the boiler same day.

Twenty minutes later the doorbell rang and I was pleasantly surprised to see a different engineer with spare part in hand; however what I didn’t expect was my engineer hovering in the background. I was asked if they could both come in. I was hesitant but thought I needed the boiler fixed so I didn't have much choice. The situation was uncomfortable but the support engineer was very amicable and apologetic and only for him being present it would have been too awkward.
This brought me back to work. I thought have I, or any of my team at BravoSolution, been in a similar predicament with any of our clients, I hoped not as it was an unpleasant situation to be in. However I know we have a delivery team of consultants that are polite, pleasant and with a great attitude to their work. They are extremely knowledgeable and will always make certain to keep our client’s best interest in the forefront of their mind. And to top it all they do it with a smile on their face, which I've learnt recently isn't the same in every organisation!