HS3 - Coming to a station near you? 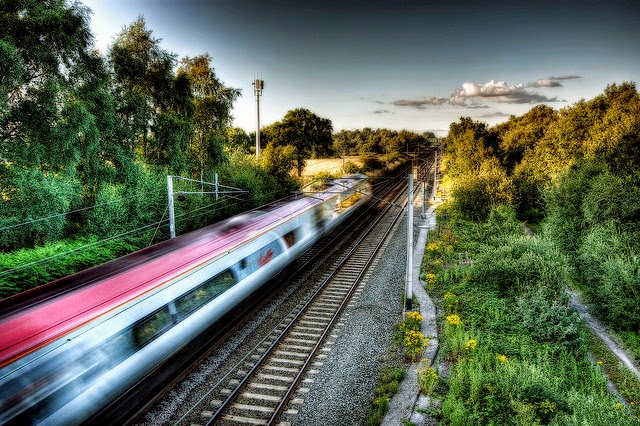 The arrival of HS2 and now, HS3 has been mooted for a few years and is now more of a formality than a possibility; the UK will finally have a mainline high speed network to compete with many of the other developed and industrial powers of the world. It is seen as imperative not only by the government, but by business leaders in the Midlands and North of England, that a fast, reliable and efficient mode of transport is created to former powerhouses of the UK and the Empire, such as Manchester, Leeds and Sheffield.

Currently, the UK’s only high speed route (HS1) is the route from London to Paris and Brussels, great for business and social trips to the continent, but what use is that to the 99% of people in the UK who don’t live near London St Pancras? There is no real high speed infrastructure connecting our large cities which are spread hundreds of miles apart.
Compare this to Spain; they have 3,100km of high speed network which as of 2013 connected to the French TGV network which now means you can travel from Barcelona to Paris in 6hrs and 25mins without having to change train once. Not bad for 1040km (the 900km no changes trip from Inverness to London takes just over 11 hours, to give you an idea of comparison). Readers may argue that a country as crippled with debt as Spain should not be investing in high speed rail networks, but the whole point of these networks is to join up a country and prevent all power, money and development centring on one location; as is happening with London. This development links Madrid and Barcelona in a quick and easy fashion to such cities as Zaragoza, Valencia, Malaga and Alicante to name but a few. Could you imagine how much worse the country would be if all the money was in only one city?
Of course, the high speed links aren’t just a benefit for your backside being on a train seat for less time, the economic impact of having such a network spread across the country is huge. For years, people have complained about the brain drain and loss in finances to London. The young and bright move there, and take with them spending power, Council Tax and potential employment or business opportunities for others around them to profit from. If you could base yourself in Manchester or Birmingham, a genuine commuter town under HS2 plans; it would be a step in the right direction to preventing these people, their resources and skills disappearing.
The government have spoken about creating a ‘northern power house’ with HS3. When reviewing current travel times, it’s no wonder there is little movement or trade between these cities. Only half a percent of the citizens of Leeds and Manchester travel to the other city for work! These former industrial greats, not just of the UK but the Empire, have the people, facilities and regeneration money in place to become the cities they once were, and with a genuine high speed link to each other and The South, why would this not be an interesting investment opportunity for foreign companies? Land, rates and living costs are lower than London, and if London is a quick hop on a train away, what’s not to love?
There has been some resistance to the idea of a high speed network, both phase 2 and 3. Its route has created feelings that it may destroy local environments and ruin local towns it passes through or nearby. I’m sure some people felt the same when the motorway network was first imagined; long tarmac, concrete and metal roads cutting through countryside, cities and towns. Could you imagine still travelling on A-class roads or right through these towns?
With the advances of Procurement and an ability to look past your own needs, there is also the widely adapted process of Sustainable Procurement in place all over the UK. The Government should make it a priority that this project involves locals rather than disrupting them, that goods, works and services come from appropriate places, and any environmental damage is rectified. Many major projects have literally moved wildlife or their habitat to ensure we don’t lose this important and sometimes unique part of the UK eco-structure. If you can build a high speed railway line, you can create nature reserves. There would be an additional cost to this of course, but those environmentalists who are raising concerns would surely rather see this? These links are going to happen, so it’s time to start working with them to ensure disruption is minimal and not permanent.
We are presented with a terrific opportunity; projects like this create jobs and contracts for businesses in the short term and previously impossible links and development opportunities for recipients in the long term. This is not just a big bang then nothing; it’s a project along the lines of Crossrail with an even bigger potential legacy, one we should be demanding, not speculating upon.